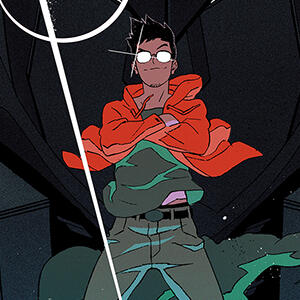 Borg Sinaban is a Filipino illustrator who specializes in sci-fi/fantasy, comics, and book covers. He has worked with local and international publishers, his notable clients include; Adarna House Publishing, BOOM! Studios, and Scholastic Asia.

His notable book projects include Studio Salimbal's Mythspace: Unfurling of Wings, Muros, and has also contributed to SOUND: A Comics Anthology By Difference Engine and the crowd-funded anthology, The SEA Is Ours: Tales of Steampunk Southeast Asia. The 2nd issue of his children’s comic book series, Pilandokomiks (published by Adarna House) won the National Book Awards, Best Book of Graphic Literature in Filipino category back in 2014.

If you have a new or existing character and/or creatures that needs to be represented in a stylish and professional way, please consider me for the project. Make sure to read all the information and by commissioning me you accept the terms I indicate below. If you have any questions, please contact me at borgdraws@gmail.com.

By proceeding with the commission process the client has read and agreed to the terms. These terms are only applicable for personal use only commissions, for commercial projects please email me at borgdraws@gmail.com.

Pilandokomiks: The Trials of the Sea

Folk from SOUND: A Comics Anthology